What Is CIP and CIL? 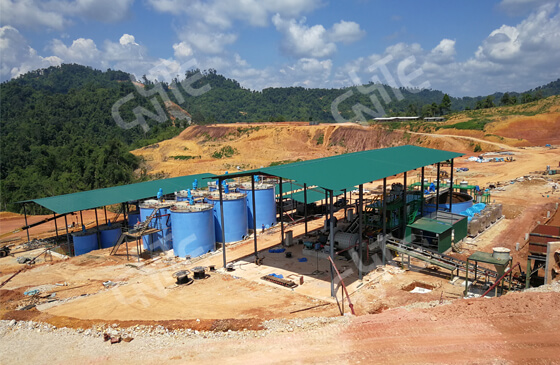 CIP and CIL method is a new process for processing precious metal-containing pulp on the basis of the conventional cyanide gold extraction method.

What are the three key steps in CIP and CIL process?

1. Leaching and adsorption: dissolving gold from the slurry;

3. Electrowinning: deposits gold from a pregnant.

What is the difference between CIP and CIL?

In CIL process, leaching and adsorption of slurry is an operation. These two steps are carried out in the same tank, so it is generally referred to as a leaching tank or a carbon slurry tank.

The CIP process is mainly consist of 7 steps.

It is characterized by two operations, namely leaching adsorption and desorption of gold-loaded carbon, instead of leaching, washing, and clarification.

Since the gold-loaded carbon after the adsorption of gold is separated from the leaching residue (cyanide slurry), it can be carried out on a simple screening equipment, and can be washed and easily separated. It eliminates the interference of argillaceous minerals and thus has a wider adaptability to various minerals.

It can be added during the grinding process, and the gold in the slurry is leached by cyanidation with activated carbon, and it is carried out in a agitation tank by air agitation or mechanical agitation. The adsorption agitation tank is often used in series.

In the carbon adsorption process, screens are used in many places, the purpose is to first screen out the wood and coarse ore in the slurry, often using a spacer screen or a vibrating screen.

Finally, it is the desorption of gold-loaded carbon, this operation is carried out by dissolving the gold attached to the surface of the activated carbon in a solution, and then reusing the carbon after activation.

The pregnant solution after desorption can have a gold content of up to 600 g/m3 in application. After filtering, the pregnant solution enters the electrolytic cell for electrolysis. The gold is in the form of flakes or flocs, which are deposited on the anodized titanium plate, and then scraped down to concentrate the ingot.