Still Using Cyanide to Extract Gold? You Are Out! 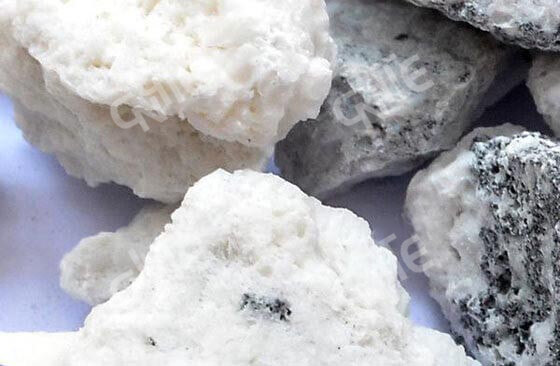 According to the China Golden Yearbook 2014 released by the China Gold Association in September 2014 (hereinafter referred to as the yearbook), China’s proven resource reserves have grown for ten consecutive years in 2013, and the identified resource reserves are 8974.74 tons, ranking second in the world. The output of gold has increased for 14 consecutive years, ranking first in the world for 7 consecutive years. In 2013, the output exceeded 400 tons, reaching 428.16 tons-including 350.84 tons of mineral Gold included-which made China the only country in the world that have a production exceeding 400 tons in 2013, with a proportion of 15.9% in the world’s total output. In China, there exists more small and less large gold mines.

Small-scale gold mines account for 88%, medium gold mines 9.82%, while large gold mines only 2.18%. According to data disclosed by the listed gold mining companies in industry association, more than 1 million tons of various gold extraction reagents were consumed per year on gold mine reagent companies’ comprehensive analysis, with the output value of about 15-30 billion RMB.

At present, most cyanidation gold extraction plants use cyanide as gold extraction reagent. As is well known, cyanide is a kind of highly toxic hazardous chemical, so any mis-operation in transportation, storage, use and other links will cause the events of serious environmental pollution, malignant poisoning, etc. Therefore, many countries and regions have legislated against or restricted the use of sodium cyanide to extract gold and strictly implemented relevant environmental protection regulations. Numerous environmental agencies, government agencies at all levels, gold mining companies and people around the mines are trying to find an environmental gold extraction product that can replace cyanide in gold production. Yantai YANTAI CNLITE MINERAL PROCESSING REAGENTS CO., LTD., based on theory of gold and silver refining and market demand of gold ore, finally launched a new environmental gold extraction reagent-CNLITE eco-friendly gold leaching reagent after hundreds of tests. At present, this reagent has been widely used in various gold ore processing plants, and results show that its final effect is significantly higher than that of gold extraction with cyanide. Besides, the reagent is a common chemical product, while cyanide is a highly toxic product.

The fundamental reason why CNLITE eco-friendly gold leaching reagent can rapidly replace sodium cyanide and occupy the market share of gold reagent is that it has an absolute advantage over sodium cyanide in environmental protection, safety, investment cost and use.

As an innovative product that replaces highly toxic sodium cyanide, CNLITE eco-friendly gold leaching reagent can eliminate the environmental pollution and harm of cyanide, benefiting the country, the people and even the mankind.

2. Good for the Safe Production and Management Cost Reduction of Mining Enterprises

Due to the strict approval and supervision procedures for the purchase, transportation, storage, custody and use of sodium cyanide, the management cost of the enterprise is increased; while CNLITE eco-friendly gold leaching reagent is environmentally low-toxic, which can be managed and used as common chemical products.

3. Easy to Operate and Promote

CNLITE eco-friendly gold leaching reagent can replace sodium cyanide without changing the original equipment and process in the actual production of gold mine, thus make it convenient to popularize.