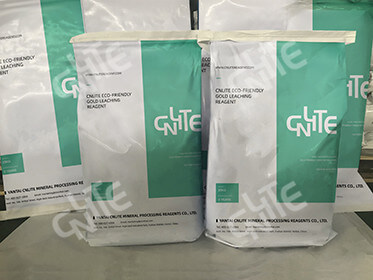 However, due to Indonesia’s backward geological exploration technology, weak statistical work, and poor ability to develop and utilize resources, the government has a very incomplete understanding of the country’s resource reserves. Mineral resources have been mainly developed and utilized by foreign companies for a long time.

According to the statistics of the Indonesian Ministry of Energy and Mines, its gold reserves are about 1.91 million tons and the proven reserves are 3,200 tons, mainly distributed in Sumatra, Sulawesi, Kalimantan and Papua. In 2004, the output was 193 tons and the export of gold ingots was 790 kg. The mining of gold has attracted many overseas businessmen and investors. In Indonesia, gold mine types are generally classified into alluvial gold and oxidized ore, and because of small investment and quick effect, the heap leaching process is widely used in oxidized ore. Due to reasons such as procurement, information sources, construction technology, etc., most mine owners will use sodium cyanide to separate gold in the early days.

What are the Problems with Using Sodium Cyanide in Indonesia?

The price of one ton of sodium cyanide in the market is about 4.3 thousand to 7 thousand dollars.

Acute poisoning can be caused by inhalation and exposure to sodium cyanide in humans and animals.

Sodium cyanide is strictly controlled by the Indonesian government from sales, storage, transportation and use. These problems are very clear to overseas investors, but there has been a long-term lack of effective solutions to replace cyanide.

What Are The Advantages Of CNLITE Gold Dressing Agent?

It is environmental friendly, which can truly achieve the target of green with no severe accidents.

It can extract gold effectively and have higher leaching rate than sodium cyanide.

It can reduce the influence of harmful substances such as arsenic and sulfur, and make the gold extraction process stable.

Because it can be completely substituted for sodium cyanide in the cyanidation process, it is convenient to use and can replace at any time.

Because of its special nature, it can reduce the cost of purchasing, shipping, warehousing, usage and environmentally friendly equipment.

Regarding to the use of CNLITE eco-friendly gold dressing agent, professional technical experts are required to conduct tests in the early stage of mining, because the effect of gold dressing agent vary from different ores and mining areas. Or you can consult Yantai YANTAI CNLITE MINERAL PROCESSING REAGENTS CO., LTD for your gold processing plant.