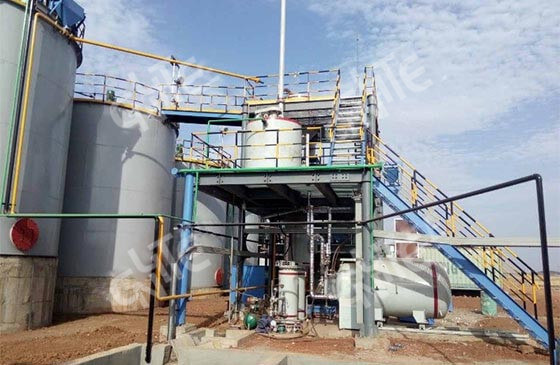 (1) The amount of collector is insufficient, and the hydrophobicity of minerals is poor, resulting in the decline of mineral recovery rate. Too much collectors lead to the mixture of flotation reagent and concentrate, the quality of concentrate will decrease, and the subsequent separation process of flotation will become more difficult.

(2) Insufficient amount of foaming agent makes it difficult to form a uniform and stable foam, and minerals enter normally, which affects the flotation process effect eventually. Excessive foaming agent dosage leads to excessive stickiness and stability of the foam, and the “chute” phenomenon of flotation cells appear, which destroys the normal flotation process and causes difficulties in conveying the concentrate.

(4) Insufficient amount of inhibitor, impurities are not removed clearly, and the grade of concentrate is low. Overdose inhibits the minerals flotation and reduces the recovery rate.

(1) Most of the flotation reagent which are soluble in water are directly formulated into 2% to 10% aqueous solutions (such as Xanthate, copper sulfate, water glass.)

(3) Prepare suspension or emulsion. For some insoluble solid flotation reagent, prepare emulsion for use. If the lime solubility in water is very small, directly use aqueous solution for flotation process, the amount of flotation reagent is very small, it is difficult to achieve the flotation effect, can be ground into powder lime water into emulsion suspension (lime milk), can also be added directly to the powder lime ball mill and mixing bucket for flotation.

(4) Saponification. For fatty acid collectors, saponification is the most common method. For example, when hematite is selected, the oxide wax and tart oil are used together as a collector. In order to saponify the tal oil, when the agent is formulated, about 10% of sodium carbonate is added, and heated to form a hot soap solution.

(6) Acidification, when using a cationic collector, due to its poor solubility, it is necessary to carry out acidic pretreatment with hydrochloric acid or acetic acid, and then dissolve the cationic collector in water for flotation.

There are two kinds of dosing methods commonly used in flotation reagent: one-time addition and batch addition. One-time addition is to concentrate the medicines once before the rough selection operation, so that the added concentration of the medicine is high and the addition is convenient. Generally, for drugs that are easily soluble in water, are not taken away by the foam, and are not easily reacted in the slurry and are ineffective, a one-time dosing such as lime or soda is often used.

The batch dosing is divided into several batches along the thick, fine and sweeping lines. Generally, 60%~70% of the total amount is added before the flotation, and the rest are added in batches according to the flotation process.