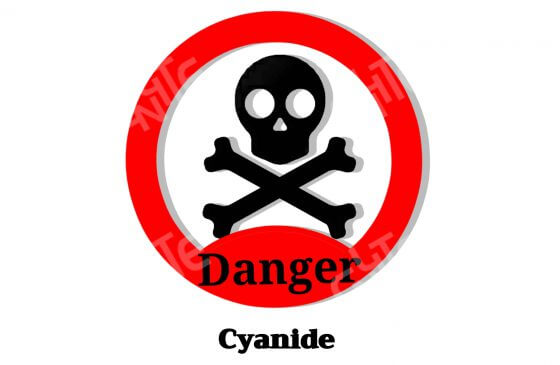 In 2002, Costa Rica suspended the opening of cyanide leaching mining.

Some provinces in Argentine prohibit cyanide mining, but there is no ban at the federal level.

Rio Negro province bans the use of cyanide in the extraction, development and industrialization of metals (21 July 2005)

The use of cyanide in metal detection, exploration, development and industrialization is banned in Mendoza (20 June 2007)

La Pampa province bans open pit mining, extraction of metals and the use of cyanide for exploration, development, extraction and storage of metals (16 August 2007)

Cordoba province bans open pit mining, extraction of metals and the use of cyanide for exploration, development, extraction and storage of metals (24 September 2008)

According to the Citizens 137 initiative approved by the US Montana Environmental Information Center on November 6, 1998, the state of Montana prohibits the use of cyanide for gold mining and open-air heap leaching. The Montana Supreme Court explained that the ban does not constitute a violation of the US Constitution.

According to the Colorado summit in the United States, Costilla, Gunnison, Conejos and Gilpin counties prohibit cyanide mining. However, the Colorado Supreme Court ruled in a Decree of the Colorado Mining Association Complaints Commission that a county that is a state branch may not ban chemicals allowed under the Colorado Mining Land Reclamation Act, and federal law(encourage exploration, mining and extraction of valuable minerals) takes precedence over county regulations.

The European parliament voted in 2010 to urge the European commission to enact a complete ban on cyanide extraction, but the commission has refused to recommend legislation. The main reason is likely to be that banning cyanide gold extraction in Europe would be bad for jobs, according to people familiar with the matter.

In 2002, the Czech parliament decided to ban gold cyanide leaching.

In 2006, Germany gradually reduced the amount of cyanide allowed in mining.

In December 2009, the Hungarian Parliament voted in a campaign organized by the Hungarian Cyanide-Free Association to completely ban cyanide mining.

In 2007, the Turkish State Council decided not to allow cyanide mining, based on Article 56 of the Turkish Constitution: “Protecting people’s right to live in a healthy environment.”

The Central American country El Salvador bans all forms of metal mining in the territory.

The El Salvador parliament voted on March 29, 2017, and a comprehensive ban on mining of metal mines was passed with the support of 70 members of different parties. This means that all metal exploration, refining and processing are prohibited, whether on the ground or underground; toxic chemicals such as cyanide and mercury are prohibited.

Sodium cyanide is classified as a Class 6 dangerous product in the Greater Vancouver Area of Transportation (the first level is the highest).

According to Zimbabwe’s Hazardous Substances Act, cyanide can only be sold to qualified customers in the mining and chemical industries by qualified chemical distributors. Most of these customers are gold miners who need to write documentary evidence that they have the right to hold and use cyanide.

Qualified chemical distributors must obtain a license from the Mining and Mineral Development Department.

After cyanide being banned, people who are doing gold leaching would have less choice of chemical. Luckily, we have CNLITE gold leaching reagent which can replace cyanide without changing the original process and equipment. It would be the best choice for the gold leaching plants owners.