The Application of Xanthate in Froth Flotation Process 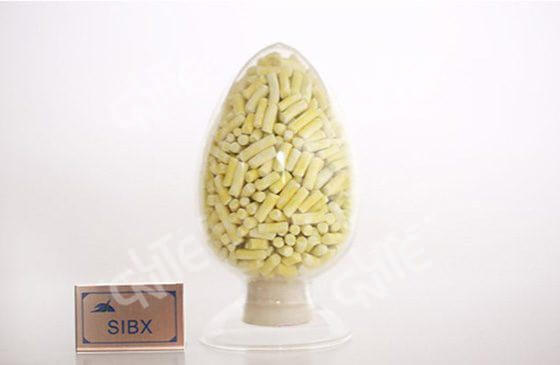 Xanthate, as the flotation collector with strong collection effect, is mainly used to enhance the hydrophobicity of the mineral surface to meet the requirements of flotation. Xanthate is commonly used in the flotation process of sulfide minerals.

Xanthate is a combination of alcohol, sodium hydroxide and carbon dioxide, which is an anionic collector. It is light yellow, soluble in water and has certain toxicity. Xanthate is a weak acid that is easily decomposed under high pH and high temperature conditions. There are many types of xanthate, and the common ones are ethyl xanthate and butyl xanthate. The flotation performance of xanthate is determined by its molecular structure. Generally, the longer the carbon chain in the xanthate molecule, the stronger its ability to collect. Conversely, the shorter the carbon chain, the weaker the ability to collect. Therefore, methyl xanthate has no practical value in the flotation because of its weak ability to collect. Generally, a xanthate having a carbon number of 2 or less in a hydrocarbon group is referred to as a “low-grade xanthate”, and a xanthate having a carbon number of more than 2 is referred to as a “high-grade xanthate”.

Xanthate is the most commonly used collectors for flotation of sulfide minerals. Low-grade xanthate is generally suitable for the collection of easily floatable sulfide ore. And, high-grade xanthate is suitable for the collection of sulfide ore and part of the oxidized ore that are difficult to float. Ethyl xanthate is a kind of low-grade xanthate with good selectivity, which is beneficial to improve the grade of concentrate, but its recovery rate is low. Butyl xanthate is a kind of high-grade xanthate with strong collecting ability and high metal recovery rate, but its selectivity is weak and may affect the grade of concentrate. In actual production, xanthate of different carbon chain lengths are often used in combination to achieve better results. The following describes the application of xanthate in several common mineral flotation processes:

In flotation of pyrite with xanthate, butyl xanthate is usually used. Generally, after the activator (copper sulfate) is added to the pulp, the mixed emulsifier of xanthate, pine oil and water can be added at one time, which is better than the multiple addition of the flotation reagent, and the dosage of the flotation reagent will be saved. Pyrite can use xanthate as the collector in acidic, neutral and weak alkali slurries. The acid-treated pyrite has good floatability (the optimum pH for the use of xanthate is 4.5). For the flotation of pyrite, the ability of xanthate to collect is better than that of dithiophosphate.

In the flotation process of copper ore, xanthate mainly reacts with Cu2+. Therefore, when processing minerals containing more Cu2+ on the surface, the effect of xanthate is stronger, and the order of its action is: Cu2S > CuS > Cu5FeS4 > CuFeS2.

The surface of galena is hydrophobic, so it’s easy for flotation. Xanthate is the common collector for the flotation of galena. When the pH is high, the galena is easily floated by the ethyl xanthate. The optimum pH for flotation is 7-8, which can usually be adjusted with sodium carbonate.

If conditions permit, you can turn to an experienced professional xanthate manufacturer to provide scientific advice on the use and dosage of xanthate to help you achieve the highest rate of flotation recovery.